What is IV nutritional therapy?

Intravenous (IV) therapy is a safe and effective method of delivering therapeutic doses of vitamins and minerals directly to into the circulatory system.

Based on the individual needs of her patients, Dr. Bean formulates a variation of the Myers cocktail with a combination of vitamins and minerals with a range of B vitamins such as Methylfolate, Methylcobalamin or Hydroxycobalmin, B6, B5, B3, along with magnesium, calcium, minerals and specific amino acids

The main advantage of IV therapy is that it bypasses the absorption required in the digestive tract. Through the use of IV therapy the nutrients are taken up or rather absorbed much more quickly than if it had been taken oral.

Vitamin absorption issues are extremely common and can be caused by a poor diet, birth control pill use, antibiotic use, low hydrochloric acid, stress, dysbiosis (parasites to bacterial overgrowth), to digestive disorders (such as SIBO, celiac, Crohn’s, ulcerative colitis).

What to expect before your receive any IV nutritional therapy with Dr. Bean

Dr. Bean will require you to have updated laboratory work done at least 6 weeks before doing any IV. Each of the requested labs can indicate you have current deficiencies, which will reflect what Dr. Bean uses for your IV. In addition, your current laboratory values indicate if you should wait to have an IV and focus on nutritional support instead.

The work of Dr. Paul Anderson, ND has done extensive work around the use of ART in an IV form, which is derived from portions of Artemesia.

He states “This sesquiterpene is widely used in the treatment of malaria in many parts of the world.

Administration is generally either via the intravenous or intramuscular route.

Toxicity noted in some cases (animal and human) was attributed to the oil based parenterals which are not recommended for use in humans [1,2], but these effects are not generally seen in the artesunate form of the drug [2].

[3] In other data researchers state “Our results indicated that artesunate could decrease MCP-1, major pro-inflammation cytokine, in serum, urine and kidney.

We also found that the level of BAFF, the major B cell activation factor, was decreased in artesunate treated MRL/lpr mice. [4]

It has been suggested for optimal outcomes to do 2 Artesunate IV’s pared with high dose IV Vitamin C  twice a week for 4 weeks then down to weekly. 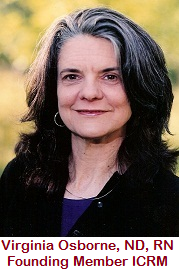 THIS WEBSITE AND ALL INFORMATION AND LINKS ARE EDUCATIONAL AND NOT INTENDED TO DIAGNOSE OR TREAT. YOU ARE ADVISED TO CONSULT WITH YOUR HEALTH CARE PROVIDER BEFORE IMPLEMENTING ANYTHING YOU MAY HAVE LEARNED HERE OR ELSEWHERE. BY CLICKING THE X YOU ACCEPT THESE TERMS.​